What Electrical Boat Hatch Lifter Does My Boat Need

There are several different types of electrical boat hatch lifters to choose from. The Uflex AV and AVL series are the most popular electrical hatch lifters used in boat applications today. The next series are made more specific for a boat brand including the Ulysses 1812 and 3012 series along with the GP-300L-D for Grady White boats. Below we have listed the several versions available, based on the vessels hatch applications.

The AV series is a non locking hatch lifter offered in three different versions depending on load and stroke requirements. The AV series is used in non high performance boat applications that do not have to worry about hatches opening under high speeds of vessel operation. The AV series has been built, that allows you to open a hatch manually, if there is no power due to the loss batteries or weak batteries.

The AVL series is a locking hatch lifter offered in three different versions as well depending on load and stroke requirements. The AV series is made for high performance boat applications where engine hatches can blow open during high speeds of vessel operation. The AVL series is a dual action locking boat hatch lifter that stays locked when the actuator is in the fully closed position.

The AV and AVL hatch lifters can be used in single or dual cylinder applications depending on hatch load requirements. See dimensional specifications below. Some of the other features include circuit breaker to stop accidental electrical overloading including stop at closed or full open position. IP 65 protections rated. Option for 12V or 24V electrical application. 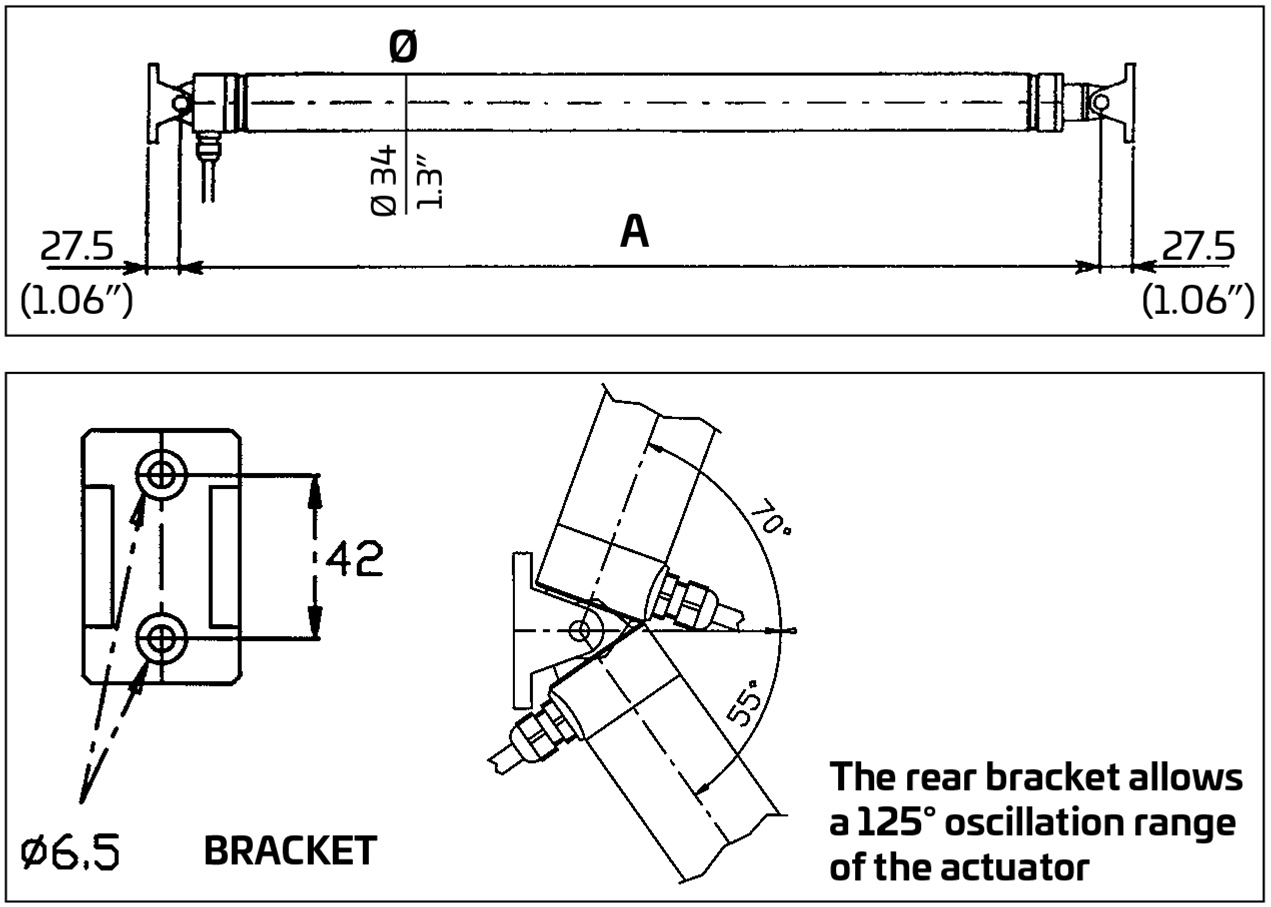 The Uylsses Series 1812 and 3012 are made for applications requiring a single installation only. They are smaller dimension wise and have a smaller load rating than the av series. They are only offered for in 12V electrical applications.  They come with all of the mounting hardware. See specifications below. These are a great electrical linear boat hatch lift where loads and size matter for the boat application.